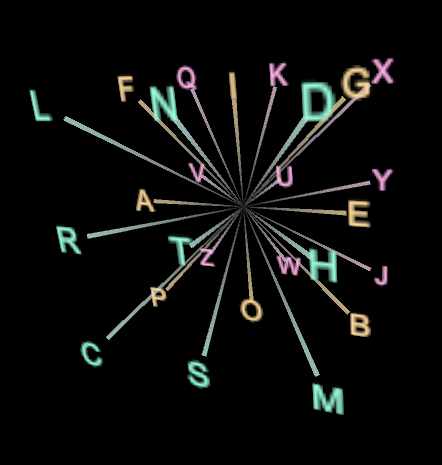 I have been working hard on my thesis, but it’s nice to take a break from thinking about it every once in a while, so I’m going to talk about something different today.

I recently celebrated my 27th birthday, so naturally, cubes have been on my mind (wait, what do you mean that’s weird?)…

In particular, I thought back to an old project from 2016 I worked with Sebastian on called VRite, or originally, CubeWrite. It was a system designed for quickly writing in VR, as I wasn’t quite satisfied with the solutions available.

The idea came about because I noticed that given a 3×3 cube, you would have 27 total cells, or exactly enough for the 26 letters of the English alphabet plus a blank space. Instead of having a boring, old 2D QWERTY keyboard, VRite took advantage of an ability to trace 3D lines in VR. When you started a word, you would trace a pattern that moved through each of the letters within your word, much like the Swype keyboard available on many phones. Unlike Swype, however, we wanted your virtual keyboard to work wherever, and not in a fixed location. So, you would always start your word in the center, the blank cell.

The above image was what the VRite keyboard looked like in 3D space. Since, well, this is a 2D blog, it’s a little hard to visualize, but we had the green letters in the front plane, the orange letters in the middle, and the pink letters in back. Our choice in design correlated to letter frequencies in the English language: The 5 vowels, along with T, the most common consonant, were placed along the 6 cardinal axes of the cube, as those were the most accessible positions from the center, the starting location. Then, the remaining consonants were more or less sorted from highest to lowest frequency, placing more frequent letters in the front and off of diagonals, with less common letters being in back and on the diagonals. We also tried to keep common letter combinations in mind, for example we placed T and H next to each other.

Here’s an example of what some simple words drawn using VRite:

Simple, right? We even made it pretty relaxed so you could draw approximations of each word’s “glyph,” and as long as it looked more like that word than any other, it would write your word.

Was VRite a success? Well, not really. It was a decent writing system, and as I used it, I found that I was learning short words and I could reach between 20 and 30 words per minute with the system. But, there were a few problems with it:

While I never returned to the project as I found interest in other VR topics, the idea is still intriguing to me. I think if I were to revisit VRite, I would look to make it a bit more comfortable, and perhaps focus on the idea of writing words as 2, 3, or 4 letter chunks, since I was able to quickly learn those quite well.

Maybe another time, when a dissertation deadline isn’t looming around the corner… Until then! 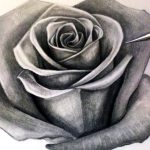 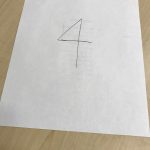