This week, I began learning a little bit of Cinema 4D. It’s another 3D modeling software known mostly for its motion graphics suite.

I took 2 -3 days to learn the basics of modeling and UV mapping in Cinema 4D. I made a piggy bank. As someone who mainly uses Maya, a software people think has a steeper learning curve, I thought it would be fairly easy to pick up Cinema 4D (C4D). In reality, it’s a bit more complicated than I predicted. This isn’t because C4D has a steep learning curve, but rather because the hotkeys it uses are different from Maya. For example, most 3D software use the WER keys to select the transform, rotate, and scale functions whereas C4D uses ERT. I find myself constantly pressing W to move an object but instead changing between an object and world coordinate system. Other hotkey changes such as having to press U + L to select a geometry loop instead of Shift + Double LMB (Maya) make learning the software very frustrating. Maya also doesn’t force the user to learn the hotkeys, it uses a few keys and a radial menu to give the user access to most of the functions they’d need. C4D relies far more heavily on hotkeys and not knowing them makes it very difficult for anyone to navigate the software. This isn’t to say that Maya is better at everything. C4D does make it easier to assign materials and create lighting. Its version of the outliner (where all objects in the scene are represented) works in a hierarchical way which makes it much easier to go back through an object’s history and change things – something that’s almost impossible in Maya. To me, learning C4D is like learning to type with a keyboard that has a different key layout. I may get better at it eventually but in that time, I could simply improve my skills in the software I know – which already does the things C4D can.

The one thing everyone agrees with, about C4D, is that it has a much better motion graphics suite than Maya. So, I think I will keep trying to learn C4D specifically for its motion graphics but stick to Maya when it comes to modeling and animation. 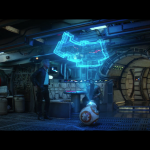