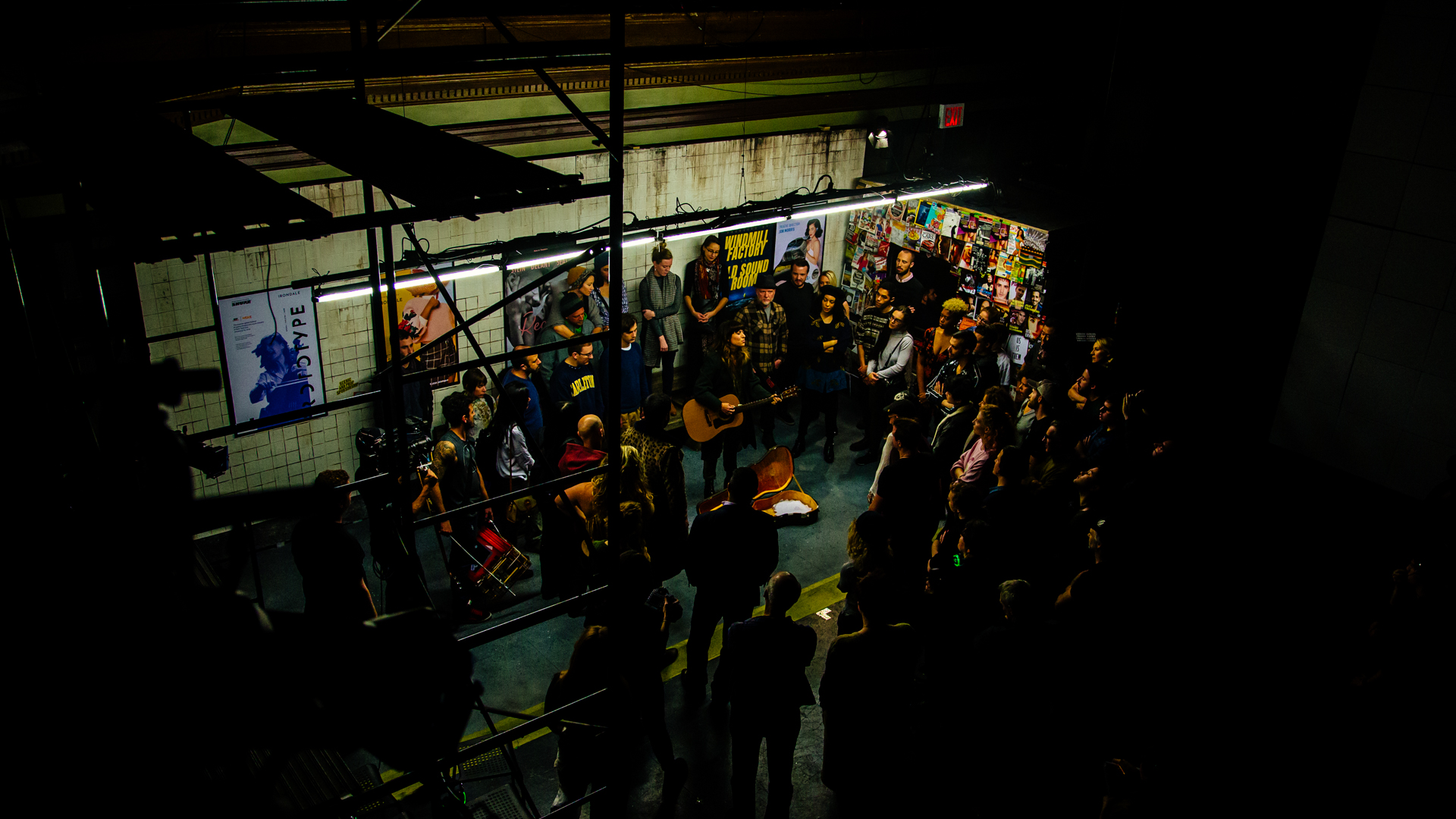 “Rock music and Rube-Goldberg- cinematography collide in a cathartic and inventive music-theatre experience. The Infinite Hotel invites live audiences to become ‘extras’ and step inside an elaborate movie-making machine, producing a one-take feature film together every night. Refreshingly honest, the film’s narrative follows five strangers unknowingly writing music together across space and time, and questions the nature of human interrelatedness, our appetite for visibility, and the creative ideas we accidentally share.”

Photos below and also here.

More about the Windmill Factory here.

I had the opportunity this week to go watch the show twice and really enjoyed the fact that this show is meant to be seen a few different times from different perspectives. To give a bit of a context. The show has a floor section where the “floor” audience watch the theatrical show, whilst doubling as “extras” in a one-take film that gets made during the show. For the “balcony” level audience, they had the option to watch the actors on the 1st floor, or to watch the livestream of the camera feed that was being used for the onner film (a film term to describe films that are shot in 1 take and no cuts). Everyone was also handed a pair of wireless headphones, which played back a live binaural sound mix of the show. And, off to the side, there’s a foley booth that’s creating and recording the sound effects like footsteps/props/etc. as the show runs. Something I thought was done really well, was the use of foley sounds to “create” objects that didn’t actually exist. Since there’s the onner film being made, actors/actresses would mimic motions of washing dishes with the bulk of the action “offscreen”, but you’d hear the sounds of cups/running water created from the foley booth in the headphones.

I also thought that they did an amazing job balancing between creating the show for a digital film experience, whilst also providing an equally fascinating experience in a theatrical format. Because they planned to make a film while putting on the play, a lot of the acting/lighting/stage design/blocking needed to serve two masters – the film and the theatrical show. The first showing I saw, I watched the live action theater show more, but on the second showing, I decided to just watch the film as it was being made. Albeit it being the exact same story, the entire feeling of the story feels different depending on which medium you’re watching with. I found it really fascinating being able to switch back and forth from watching the action happen live and altering with seeing it from another perspective — the camera. (ie. For the musical moments, it was much nicer to remove the headphones and enjoy a nice live Rock show, whilst during more story moments, it was really interesting to switch to the camera view to see the same action but in a more linear manner as the camera alternates “scenes” as it moves around to different groups happening on the theater stage.

Overall, the show reminds me of the phrase “the medium is the message” by Marshall McLuhan. The optionality to choose how you want to consume the story in the show demonstrates how important it is to understand what medium you’re using, since the language behind crafting a narrative differs in different mediums. With large scale social VR/AR experiences, I’m looking forward to seeing the language develop to tell narratives in environments where you’re able to teleport your audience into the world of the story. What can you do in this medium that you can’t do in others? What kinds of events/experiences can we come up with that utilizes the emerging creative mediums now available to us in 2019. 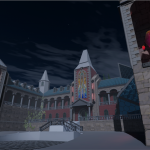