I’ve continued working with substance painter this week. I am trying to figure out a style for the textures of the museum. I want them to be evocative of Overwatch. The textures and geometry need to be a blend of realistic and stylized. Overwatch is a game created by Blizzard which is known for its use of very stylized textures which primarily uses diffuse textures with baked light and ambient occlusion. But in overwatch’s case, it uses stylized textures with more modern PBR rendering which makes use of normal, metallic, roughness, and AO maps. As such, it’s a bit harder to replicate. Most tutorials online are for the iconic World of Warcraft aesthetic which is synonymous with the traditional blizzard style.

I wanted to try to make the main entrance for the museum look like a prop from Overwatch. I don’t think I got it quite right but I’m a lot closer than I was when I started.

For the few first versions, I hadn’t determined what made Overwatch look the way it did so my textures didn’t look too good. I tried to use hand-painted highlights and the PBR materials in substance painter to give the entrance a mix or real and stylized textures. They didn’t come out great. After spending a few days looking into what I was doing wrong, I realized a few things about the overwatch textures. They fake AO by darkening in parts of large flat faces to create depth but still make use of baked AO for corners. They use the roughness and metallic maps to help the texture feel as if they aren’t repeated, especially textures used for walls and large flat surfaces. The normal maps are as they are traditionally meant to be used – to show small details. They also help provide a feeling of depth to the textures. The diffuse textures are very close to the traditional Blizzard style textures – they highlight the edges of models with thin lines and surround that with a lighter, more general highlight. The colors overall are a bit more muted than in other games such as World of Warcraft. The models themselves are pretty traditional blizzard models are well which make use of slightly exaggerated proportions and beveled edges. They also try to avoid using straight lines in order to make the models look more whimsical – although Overwatch is more realistic than other Blizzard games, especially with the architecture.

With this information, I changed my textures accordingly and I think I’ve gotten closer to the look I want. It took a few tries to get the textures to look good enough. There are more changes I’d like to make eventually but that requires changing the actual geometry of the model. I’ve also included a model of a banister I made a few weeks ago with my old style and the new style to show the difference between the two. 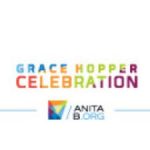