Messing with what Works

Before I dive into ways to incorporate emerging technologies, I want to answer why one should even do it. Film has been around for a while and we’ve gotten really good at speaking the language of film. The process to making a film is at the point where it’s clockwork – a well run production is akin to a finely tuned machine. So, why mess with how things are done? Is it just because we can? Yes and no. Not every production necessitates the use of VR/AR, but knowing when it can make a difference could mean being able to focus more on the creative and save a set money in the long run.

Creating art isn’t always about the end product but the journey of how you get there. A film, even more so, because it’s an entire team of people – each with a unique perspective and their own creativity to contribute, coming together to tell a single story. The immersive mediums of VR and AR allows us to manipulate our senses to better convey ideas and thoughts in ways we couldn’t do before, with only language and 2D imagery. The tools used during the process of a production shapes how everyone’s ideas ends up being incorporated in the final piece. No production needs to use these emerging technologies, but then you close yourself off from the possibilities of the ideas that can come up during the fast iterative prototyping of a story available inside a VR/AR simulation. (An added bonus when using VR simulations during the pre-production phase, is that it’ll be that much easier to convince potential sponsors/investors of your competency, since they can vividly experience how the production is going to play out.)

Before I end this post, I wanted to bring up word that I see closely tied with the immersive mediums of VR / AR and also one of my favorite words.

Sonder: n. “the realization that each random passerby is living a life as vivid and complex as your own—populated with their own ambitions, friends, routines, worries and inherited craziness—an epic story that continues invisibly around you like an anthill sprawling deep underground, with elaborate passageways to thousands of other lives that you’ll never know existed, in which you might appear only once, as an extra sipping coffee in the background, as a blur of traffic passing on the highway, as a lighted window at dusk” (Dictionary of Obscure Sorrows)

Whether the end piece is a VR/AR experience or if it is only used in the process, I believe the new immersive mediums have potentials to create that much more experiences of wonder in our lives. I find the work that all of us are doing here at the lab extremely exciting because the language to crafting stories with or in these immersive mediums is just starting to be developed and written. 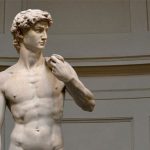