This 129 Year Old Theory About Art Explains Why TikTok is Such a Hit with Gen-Z
November 12, 2018byMichael Gold

In his 1889 essay “The Decay of Lying,” Oscar Wilde called for the return to “lying” — not as politicians lie by misrepresenting facts, but as artists lie through exaggeration.

Life holds the mirror up to Art, and either reproduces some strange type imagined by painter or sculptor, or realises in fact what has been dreamed in fiction. Scientifically speaking, the basis of life — the energy of life, as Aristotle would call it — is simply the desire for expression, and Art is always presenting various forms through which this expression can be attained.

We can use Wilde’s theory about art, exaggeration, and self expression to examine a recent global pop culture phenomenon.

Over the past year, young people have spent considerable time making videos where they challenge each other to imitate the dance moves of their favorite computer generated characters — and these videos have racked up hundreds of millions of views.

The most easily recognizable dance moves in these challenges come from the video game Fortnite. Fortnite’s characters, through the use of motion capture techniques, faithfully recreate the dance moves from memorable scenes performed in pop-culture hits including Scrubs, The Fresh Prince of Bel-Air, and Napoleon Dynamite.

However, while these faithfully recreated dance videos have tens of millions of views on Youtube, they are not among the highest viewed videos in this category. The most popular videos in this category are highly exaggerated dance videos made with the TikTok app (formerly known as Musical.ly, but now rebranded after its $1 Billion acquisition last year).

TikTok allows its users, who are mainly tweens and teens, to create lip-sync and dance videos with short clips of music. While recording these videos with their phone’s camera, users can slow down the music clip that they have selected to a fraction of its normal speed. This allows the user to perform dance moves which can look highly exaggerated after their recording is completed and the video is sped back up to full speed. Additionally, TikTok uses artificial intelligence to select the most popular videos, and its AI tends to feature videos which contain highly exaggerated dance moves.

What was the secret to its success?
A new music video featuring computer generated alien with exaggerated dance moves that prompted dance challenges on TikTok/Musical.ly.

“[When the track was released in 1998] it didn’t do much at the time. But last October, French video game animator ArtNoux took the song and used it as the soundtrack for his animated alien. Then, according to Ultra Records director of marketing Bina Fronda, the track took off in musical.ly, where users started to upload their own versions of the “Dame Tu Cosita” dance.
“It was huge,” says Fronda. “Musical.ly has over 60 million users within the app. Their average age is 15-18, and their reach is massive. And when a song or a video or a challenge takes off, it has a huge effect on radio, sales, and streaming.”

Dame Tu Cosita now has over 900 million views on Youtube, and over 100 thousand users have uploaded their own versions of the dance on the TikTok app.

Would Oscar Wilde have predicted that one day TikTok, an artificial intelligence which followed his principles of art to select music videos, would be worth $1 Billion and create chart topping hits?

Although he did say, “Art itself is really a form of exaggeration; and selection, which is the very spirit of art, is nothing more than an intensified mode of over-emphasis.”

And he would certainly be happy that we are still talking about him (joke credit: Ken Perlin). 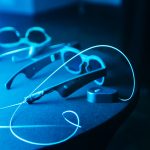 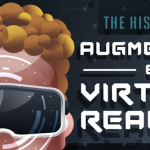