Movement in the VR Museum

With the start of the new semester this last week, I realized that I have only 2 months to finish my museum. There’s a lot left to do in regards to the modeling and visual development of the structure but it occurred to me that I hadn’t put a lot of thought into the player movement in the museum.

Last year, the museum used the Oculus headset and the thumbsticks on its controllers to allow smooth artificial locomotion – the kind of movement usually seem in first person games. But lots of people couldn’t handle the motion sickness that came with that type of movement. It was a problem I anticipated but didn’t have time to address. So for the last few days, I’ve been researching different types of movement used in VR to determine which would be the best for the museum.

There are multiple ways VR experiences allow people to move. Most multi-user experiences, or games you see in arcades, use “on-rail locomotion”. This is when you make the viewer believe they are inside a moving object that has scripted movements. The viewer can generally see the object they are in, minimizing motion sickness. I can’t use this kind of movement in the museum because the museum is about letting the viewer explore freely at their own pace.

Another very popular way of moving around is teleportation or “dashing”. There’s a difference between the two – teleportation is instant, whereas dashing moves the player through the environment really fast.  A lot of people have told me to use one of these methods of travel in the museum. I understand that it’s a very popular way of moving in VR and that it basically makes motion sickness negligent but I feel that it’s not right for the museum. I want the viewer to feel the size of the museum. I want them to be completely immersed in the environment. Teleporting every 10 feet breaks the connection you feel with the environment.

I then found a way of moving around called “dynamic FOV reduction”. It’s been around for a few years but it works basically by narrowing the viewer’s FOV when they’re moving, then widening it when they are still. When the FOV is narrowed, the outer edges of the scree get blacked out – this usually looks like a vignette effect. It makes the viewer feel like more of the screen is static which makes them feel grounded like they’re playing a regular FPS game. It’s similar to the “on-rails” movement in a sense. I think this method is the way to go for the museum. It allows people to move around the area as they want and doesn’t disconnect them from the environment while also reducing motion sickness.

I’ll have to do some more research before finding the best way to implement this. 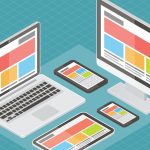