Several approaches have been investigated before. First, using the real world as a blueprint to build up a virtual scene. Reality Skins, as the name suggested, described an approach that the virtual environment is designed based on the floor map and the real world. Because of the reconstruction, Reality Skins are able to provide accurate haptic feedback from the object in the real world. Likewise, our lab has a lab model and roughly model the manipulables like cubes and tables, so users can feel the real world while in VR.

Third, designing various levels of virtuality for the same physical artifact. One Reality designed several levels of visualization and interaction for the same object in the real world. Both projection and headset were used to enable different levels. The levels go from the physical world, augmented surfaces, mid-air content, object decoupling to body decoupling.

Fourth, designing various styles for the same item. That reminded me of what we do to our situational awareness project. NPR tried three visual modes: conventional, stylized and virtualized.

Very excited about how the virtual environment could be blended with the physical world! 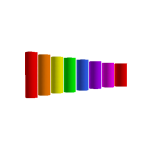 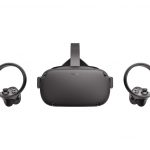