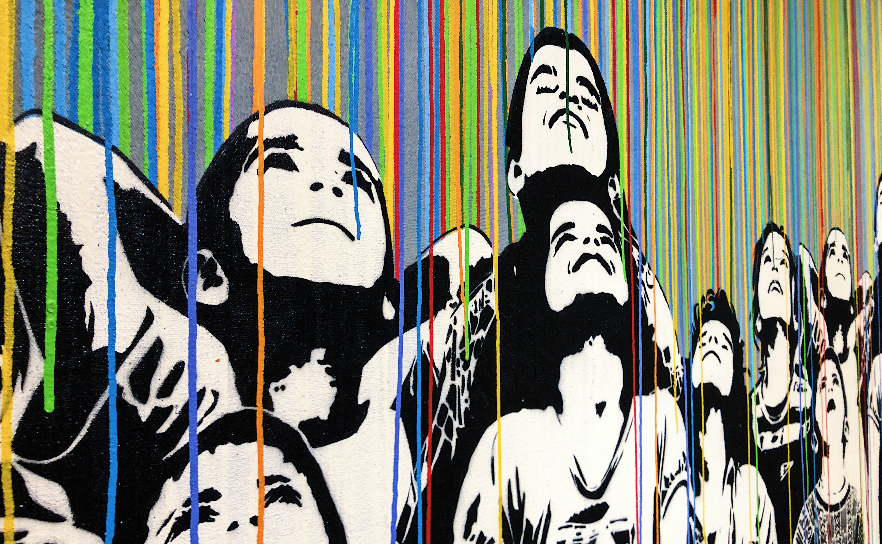 Before reading this blog post, read these two articles first.

I would summarize these two articles, but I couldn’t find any better way to word their ideas than their own. So, read the two articles now. (It’s also probably much more intriguing read than what I’ve got to say anyways).

To start off, I wanted to re-post Neri Oxman’s Krebs Cycle of Creativity diagram, that’s derived off of the “Bermuda Quadrilateral” (John Maeda – image below), which was based on the “Rich Gold Matrix”.

I found these two articles after I had written my last one on Creative Technologists. Both of the articles above tackle the concept of what does it mean to be “antidisciplinary“. In the linked article, Joichi Ito sets the premise:

“Interdisciplinary work is when people from different disciplines work together. But antidisciplinary is something very different; it’s about working in spaces that simply do not fit into any existing academic discipline–a specific field of study with its own particular words, frameworks, and methods.

When I think about the “space” we’ve created, I like to think about a huge piece of paper that represents “all science.” The disciplines are little black dots on this paper. The massive amounts of white space between the dots represent antidisciplinary space. Many people would like to play in this white space, but there is very little funding for this, and it’s even harder to get a tenured positions without some sort of disciplinary anchor in one of the black dots.

Additionally, it appears increasingly difficult to tackle many of the interesting problems–as well as the “wicked problems”–through a traditional disciplinary approach. Unraveling the complexities of the human body is the perfect example. Our best chance for rapid breakthroughs should come through a collaborative “One Science.” But instead, we seem unable to move beyond “many sciences”–a complex mosaic of so many different disciplines that often we don’t recognize when we are looking at the same problem because our language is so different and our microscopes are set so differently.”

Since the Age of Enlightenment, as a society, we’ve gone down the route of specialization, but we’re now in a new age where specialization in one field isn’t enough to tackle the problems we’re facing (global climate change, wealth inequality, space travel, to name a few) as well as those that’ll appear with emergent technologies (development of the AR Mirrorworld, the infinite VR universes, and ‘living’ IoT spaces). So, how do we tackle the problems of tomorrow?

I really like the image that Ito draws up above to describe the “All Science” idea. To expand on it, instead of All Science, imagine this image overlaying Neri Oxman’s Krebs Cycle of Creativity — each dot, a “discipline / field of study”, is shaded darker + larger the more developed / structured a field is. On the flipside, smaller and fainter if it’s a less researched/developed field. These different dots (aka disciplines / fields of study) are connected with lines — dark bold lines representing well established cross-discipline studies, and dotted/fainter lines for less established cross-pollination of disciplines.

Some questions to think about are: How do you establish more lines or create more dots? What drivers can we establish into our design processes to encourage the discovery and research of “new lines and dots”? Also, how does the emerging technologies impact the connections between different disciplines? What new connections will need to be formed to support the development/growth of these new mediums? Who creates these new connections? Or pioneer filling in a new dot?

This is where Creative Technologists re-enter the picture. To avoid any misconception, I’m not advocating against specialization, the world will need individuals who are able to focus and dive deep into a single field. They are the individuals who exist inside the “spaces/spheres” on the diagram and drive further innovation within their space. To continue the analogy, they are individuals who continue coloring and darkening the dot that they’re on. However, in a connected world, no one works alone. So where do “Creative Technologists” live in this diagram? I see them as individuals who float around in the “white spaces” drawing lines between established fields of study, or occasionally discover a new problem to create an antidisciplinary field upon — and begins the process of drawing a new dot on the diagram. They are individuals who know enough of a discipline to be able to interact with specialized individuals and take advantage of the effects of “knowledge spillover” to connect to another discipline / space. And lastly, interdisciplinary individuals build upon the connections formed between fields and strengthen the bridges / lines.

In the Age of Entanglement, we’ll have a dramatic rise in a new group of individuals who don’t fall into any single one discipline but identify as an inter- or anti-disciplinary individual. And they will be crucial to integrate into existing paradigms / processes to tackle future reality problems.

To any aspiring creative technologists, highly suggest studying the Krebs Cycle of Creativity through the proposed lenses of a clock, microscope, compass, and gyroscope. And to think about how you’d want to progress from one phase to another / build up as many perspectives / visit as many locations / and to climb to the tips of the gyroscope.

More next blog post on my thoughts on traits of a Creative Technologist.

Featured Imaged by Icy and Sot 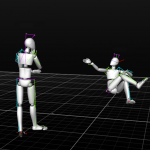