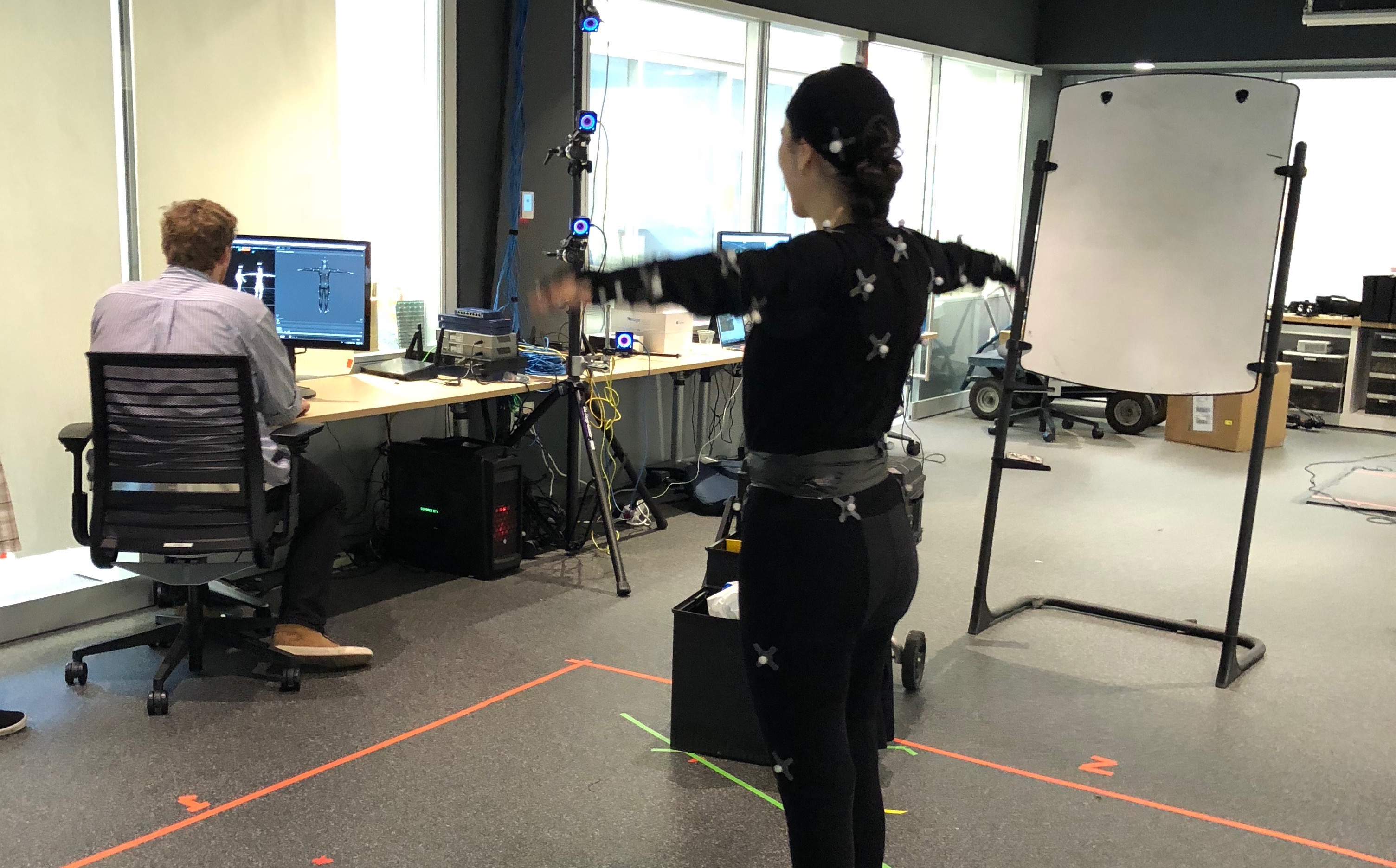 THE COUNTDOWN HAS STARTED!! We are officially 5 days away from CAVE’s premiere at SIGGRAPH.

This post is about our animated characters. I decided to talk about this after overhearing a conversation at the lab yesterday. Three people were seriously curious about how the characters came to life, and they had many questions. So, this post is dedicated to them, to answering their questions… but it’s also for all of you who follow the blog.

Our directors chose to bring our characters to life with real actresses by using motion capture instead of keyframe animation—and I was honored to be one of them. We wore black suits with reflectors (pictured below), and we acted inside a square of roughly 10m^2 captured by 28 cameras (also below). With the captured footage, our design team added a skin (or mesh) over the image, to look like what we wanted. Thomas and Pasan worked on it for weeks using a program called Maya. However, you will notice that the movements aren’t as smooth as those of a human being. This is for two reasons, an aesthetic choice of design from our Artistic Director, Kris Layng. Secondly, it was necessary to use keyframe animation to connect one scene to another seamlessly. The group yesterday also wanted to know what the actresses had to work with, and all I can say is not much. Kris’s directions were our biggest guide. There was a computer on one side (pictured below) where we could see what we looked like, and what the area in the film this 10m^2 space represented. So, at times, this space was up by the fire, and at other times the space was next to the fountain. We relied on our imagination. To summarize, this was one of the most incredible experiences of my life. 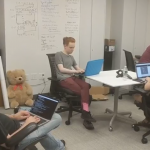 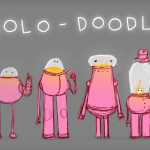