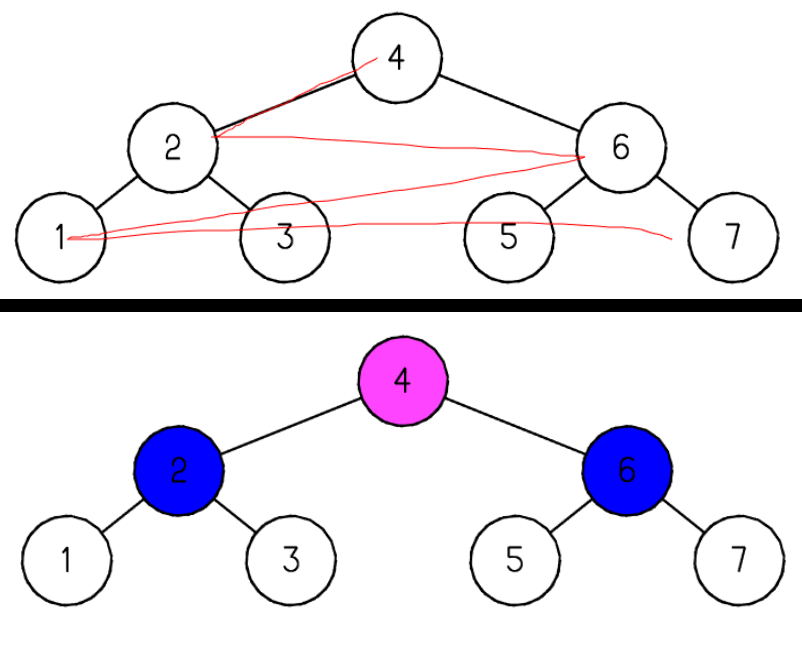 Note: This post is assumes a little bit of familiarity with computer science — specifically the binary search tree data structure.

As an undergraduate I collaborated with another student (now graduated) to prototype a few computer science-related sketches in Chalktalk. The binary search tree (BST) was our first target, so we made the following sketch:

There are many operations to implement, and my question was how to activate, for example, visualizations for the various traversals (breadth first search, and pre-, in-, and post-order).

What I didn’t want was to introduce buttons or sliders that would clutter the interface or use mouse swipes that didn’t make sense.

Instead, I tried creating a sort of visual mnemomic for the traversals. I often find it easier to remember something if I can draw it or trace it in the air:

Glyphs are already recognized as sketches in Chalktalk, so what if I reused the recognition functionality so I could draw glyphs atop the tree to be recognized as commands? I made the following patterns: The red squiggles / arrows mimmick the visitation order of nodes during a recursive procedure — something like the following, which runs an pre-order recursive traversal rooted at the provided node (see the in-line comments on lines beginning with //):

For breadth-first search, a zig-zag represents the layer-by-layer sequence through the tree:

Here is a video showing the “glyph commands” for the tree traversals:

I’d like to look into these sorts of visual mnemonics more to see what effects they may have on one’s learning ability.

Also, I think it makes sense for strokes to be recognized as not only sketches, but also as other entities (such as sketch-specific commands or sub-worlds within the Chalktalk environment) depending on the context. That idea seems to be worth exploring further. 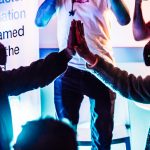 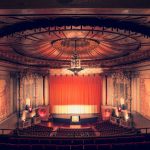 Love the visuals for this, but you should also include videos of Chalktalk in action so people can see what it is like. I think it is a revolutionary idea but it needs better marketing! This video of Ken Perlin explaining it on Vimeo is the best I’ve found:

. Though also this one:

and this one: https://www.youtube.com/watch?v=4YnVhTyrYbo . If there is any way I can be of assistance from down in UNC Chapel Hill just let me know. You’re doing great work. 🙂