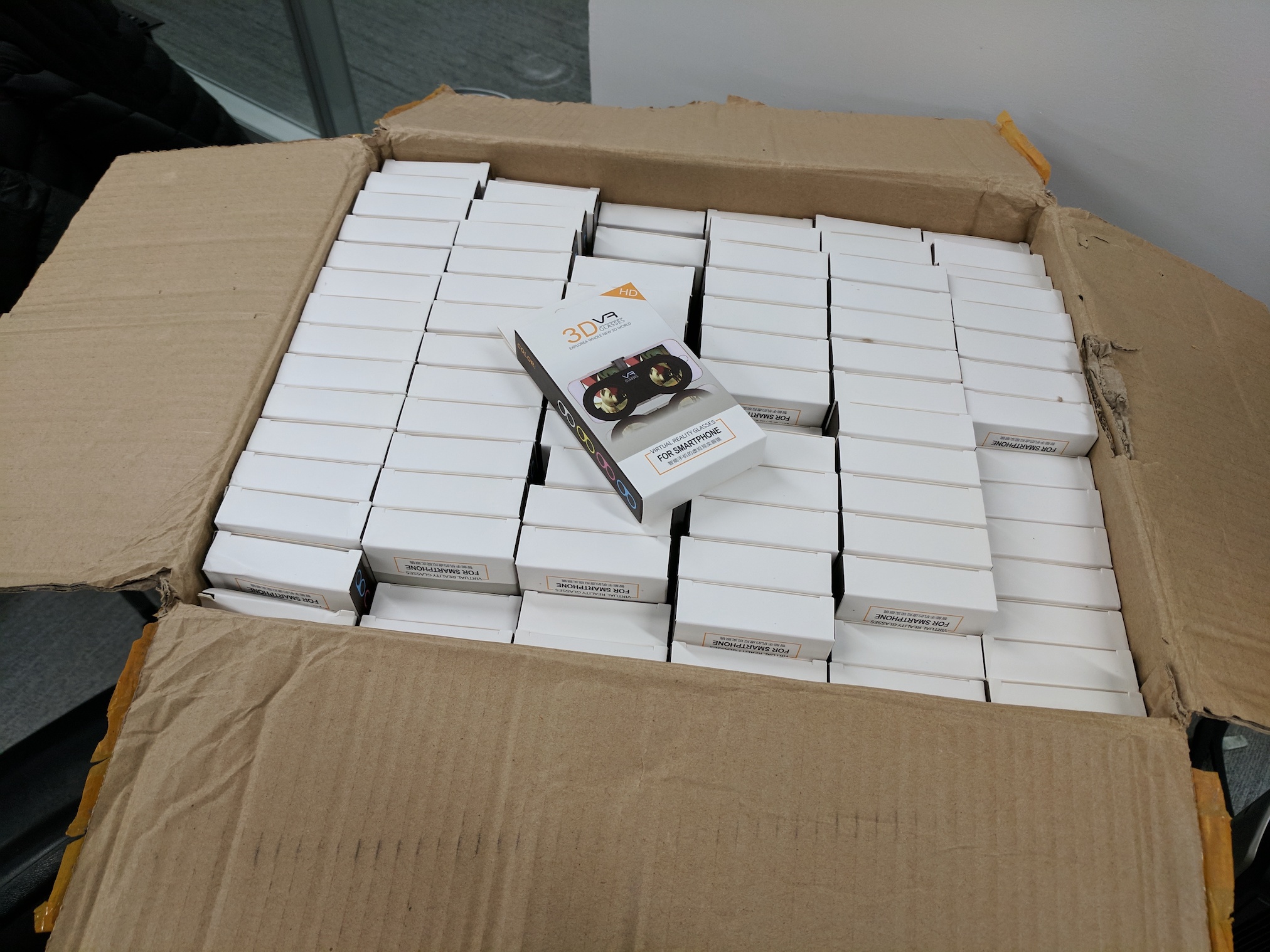 Last week I ordered 100 VR viewers from a company called TinyDeal in China. They are only $2 each, so my total cost was $200.

That is such a low price that in a sense they are free. Once things cost just $2 apiece, you can basically hand them out as party favors.

Those little viewers also have several advantages over something like Google Cardboard. For one thing, they disassemble into two small pieces that you can slip them into your pocket. I’m carrying a viewer right now in the back pocket of my jeans right now, and it takes up no space.

For another thing, you can still see the world around the edges of your phone screen. That means you won’t ever get dizzy, and it also allows you to more easily share the experience with other people in the room.

For a third thing — and this is a big one — while looking into these little viewers you can still tap and swipe on the multitouch screen on your phone. So as a developer I can write all sorts of VR apps that make use of the phone’s multitouch screen, without requiring people to have a separate controller.

I love that fact that it’s now easier for people to see the various VR apps I’ve written for phones which just run on Web browsers. Like this little geometric world or this robot.

In another few years we will all have those AR glasses, and these little VR viewers will be hopelessly out of date. But meanwhile they are very cool. 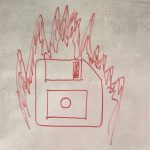 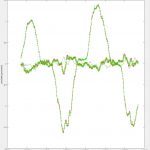