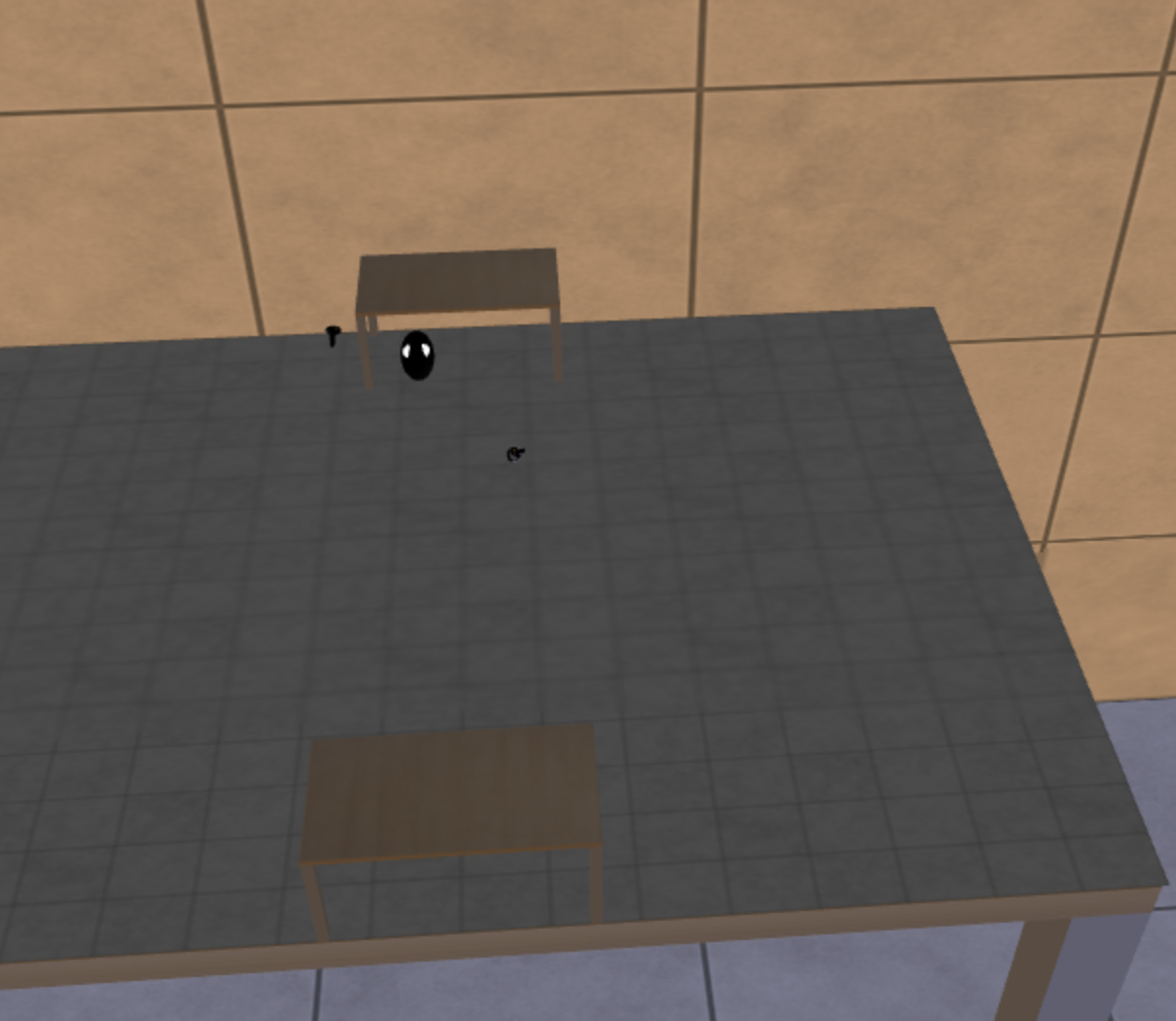 Today at the start of my graduate graphics class we showed a VR metaroom demo with multiple people in the classroom wearing Quest VR headsets, holding controllers and collaborating over WebVR. We made it even more interesting by having the entire scene — the room with all of its furniture and the avatars of all the participants — replicated in miniature on one of the tables. So not only could people see each other in the world, but they could also see miniature versions of everyone at the same time.

For example, in the image that accompanies this post you can see a tiny version of me, represented as a very simple avatar (just a head with big eyes and two controllers) waving up at the camera. I am in a room with two tables, and I am standing between the two tables, But in the VR metaroom I and both tables also appear on top of one of the tables as toy sized versions of ourselves.

It would have been impractical to hand out VR headsets to everyone to show this demo, so instead we did the next best thing. One of the Web clients wasn’t actually in a VR headset — it was in a regular Web browser running on my laptop computer, which was connected to the classroom projector.

So while the class saw people walking around the room wearing VR headsets, they also saw those people’s avatars up on the projection screen, both as life size versions and as miniature replicas walking around on a virtual tabletop. The goal was to give the class ideas about ways you can fold space to create interesting experiences for people in a shared VR metaroom.

Then the students in the class got to present their own VR metaroom final group project ideas, and they were all super exciting. I am looking forward to experiencing the wonderful worlds they are making. It is so exciting to be seeing the future take shape before my eyes. 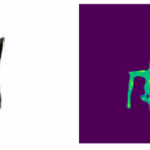 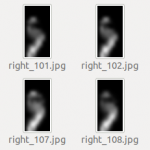