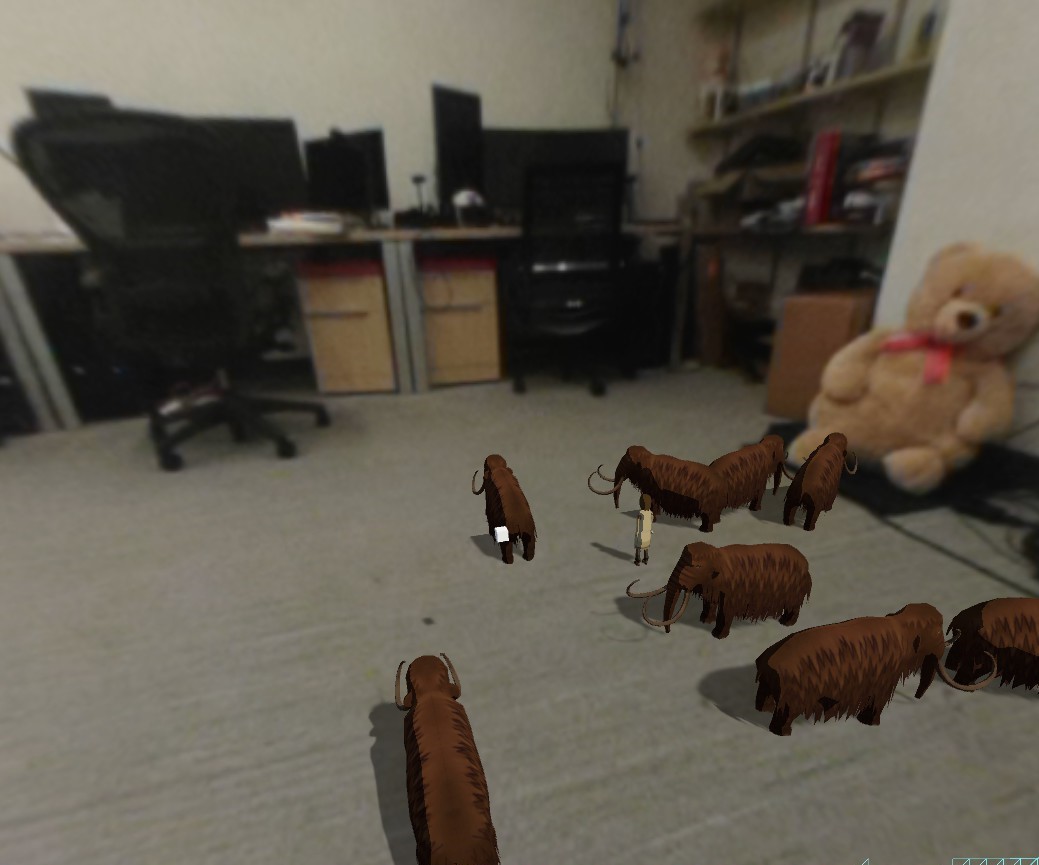 Unfortunately, our lab is currently experiencing a mammoth infestation. Once, I walked into the office the place was littered with these critters. I could find a way to get rid of them, but seeing as they are so cute (and were supposedly extinct) I can’t find the heart to do such a thing. Can anyone point me in the direction of some effective but humane mammoth repellent?

Joking aside, in my previous post here at the lab I emphasized the effect characters have in evoking all sorts of emotions from audiences. Recently, I have been working on putting such characters in a real-world space using AR. However, inevitably, I came across some obstacles. Summed up, the question was: How could I superimpose these characters onto the real world while giving them weight and the appearance of truly existing in that space?

When users notice that the gravity of the real-word doesn’t affect these characters, it inevitably reminds them how these characters do not really exist, making complete immersion impossible. As a result, I found there are three important aspects to keep in mind when striving to make a convincing AR scene.

Characters that float about in space without staying fixed to a specific point on a surface, break the illusion that they are truly standing in the world with us. This may be okay for aquatic or flying characters, but for characters like mammoths it is far more necessary to remain fixed to the ground while standing idle.

Characters that cast shadows and are affected by real world lighting also give the illusion of presence.

Characters that disappear when hiding behind real-world objects are even more convincing than characters who walk straight through an object.

So, I have been tinkering with some of the things I mentioned above, and would love to show you some of my results. Here is an example of how shadows can affect our perception of characters in a scene.

(Top: No Shadow, Bottom: With Shadow) Using the Vive Pro, I also tested some occlusion creating the illusion of space between me and the characters.

(Top: No Occlusion, Bottom: With Occlusion)

Well, now unfortunately, I am stuck with all these mammoths running about the place. If anyone is interested in adopting a mammoth please contact me. Oh, and one last thing I should mention, although things like occlusion and shadows are important I believe that character interaction with the user can be just as important in convincing audiences that characters are really in a scene. Stay tuned for some of my next posts, where I may very well elaborate on this! 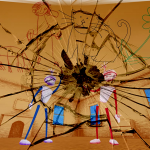 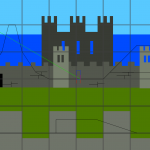