I don’t want to get political, and I know this conversation is much bigger than this short post. But I wanted to share with you on a very interesting article I read: “China’s use of big data might actually make it less Big Brother-ish.”

I grew up in China. I remember very early on being taught to keep my thoughts and opinions to myself because the authoritarian government was always listening. Looking back, it was not something I ever questioned. Growing up as such made it seem like the norm.

It wasn’t until I moved to the U.S. that I learned the value of privacy, “how Americans… amplified the British sense of privacy,” and discovered the need to “[keep] oneself to oneself.” It was strange at first, but now I think I’m beginning to give it the importance it deserves.

However, what drew me to this specific topic is learning how “Big Brother” tech is benefiting the Chinese population’s health and economy. The author highlights how Stephen Colbert mocked the new Chinese social credit scores for “docking citizens [in] instances of jaywalking.” He then adds that Colbert has never driven in Beijing. Yep, I agree.

But gathering data from Traffic does so much more than catch citizens jaywalking, it’s studying ways to improve both the wasteful consumption of gas—where “20% of gasoline consumed in China is wasted”—and ways for ambulances to move faster during emergencies.

I want to end with how Huang ended his article, by posing that “the social benefits gained through big-data technology don’t obviate the political downsides. The question is: just how “down” is the downside, and how “up” is the upside?”

This got me thinking of whether Surveillance becomes less “big brother-ish” when it is practically beneficial on the daily lives of the population.

Quotes and Image from: https://www.technologyreview.com/s/611814/chinas-use-of-big-data-might-actually-make-it-less-big-brother-ish/ 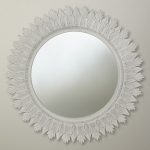 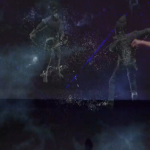